Extraordinary weather brings a touch of Mexico to British gardens

The UK’s driest May on record – and the bursts of heavy rain which interrupted a series of heatwaves – means British gardeners are enjoying a unique combination of beautiful blooms, according to the Royal Horticultural Society (RHS).

As well as creating the perfect conditions for garden favourites, such as roses and hydrangeas, to thrive, the RHS has seen plants more usually found in the desert regions of Mexico coaxed into flower by the hot conditions too.

House Beautiful reports that, in a first for the RHS, a Dasylirion wheeleri has produced a 3m-tall flower spike in the Dry Garden at RHS Garden Hyde Hall, where the desert plant lives outside all year round. The Dry Garden is an area designed to survive solely on limited rainfall, which is flourishing in the current conditions, and this agave-like plant (known as spoonflower or sotol) is a common sight in its native habitat but rarely seen flowering in the UK.

“Even though the Dry Garden is never watered and all the plants have evolved to grow in arid conditions, it still needs a top-up of rain every so often for the plants to really thrive,” RHS Garden Hyde Hall curator, Robert Brett commented. “We’re thrilled by the flowering of the Dasylirion as it’s not often seen in the UK, so we hope people will come and see it as an example of what it’s possible to grow in some of the most extreme weather conditions we see in this country.”

Meanwhile, at Wisley in Surrey, a 30-year-old royal agave (Agave victoriae-reginae) has flowered for the first time, along with two Furcraea parmentieri and an Agave parrasana, which are all more often grown under glass in the UK.

The Mexican plants, which are located at the garden entrance and on the terraces surrounding Wisley’s Glasshouse, have been happy to lap up the sunshine in the heatwave sweeping the country. The soaring temperatures in late spring and early summer have also prompted a growth spurt for tree lilies in the Exotic Garden. 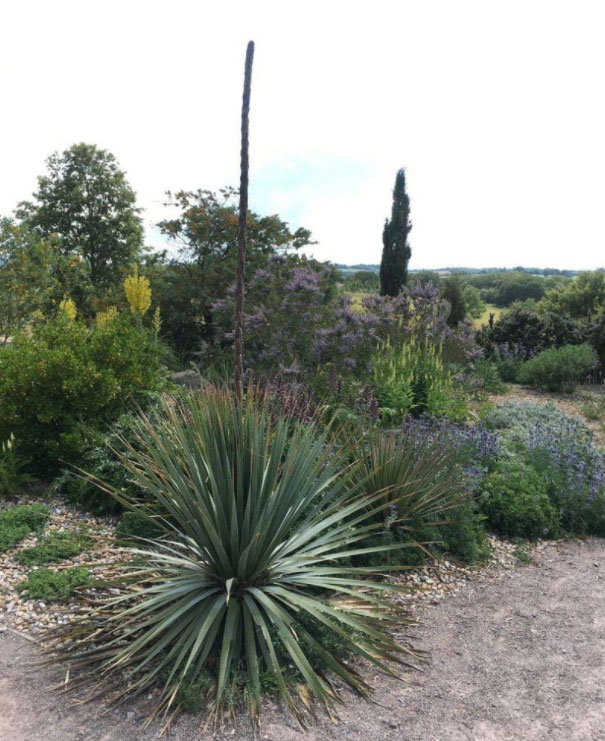 Send flowers with confidence with over 3500 local florists worldwide