Is a Gerbera a Daisy? Can I order Daisies with florists near me? 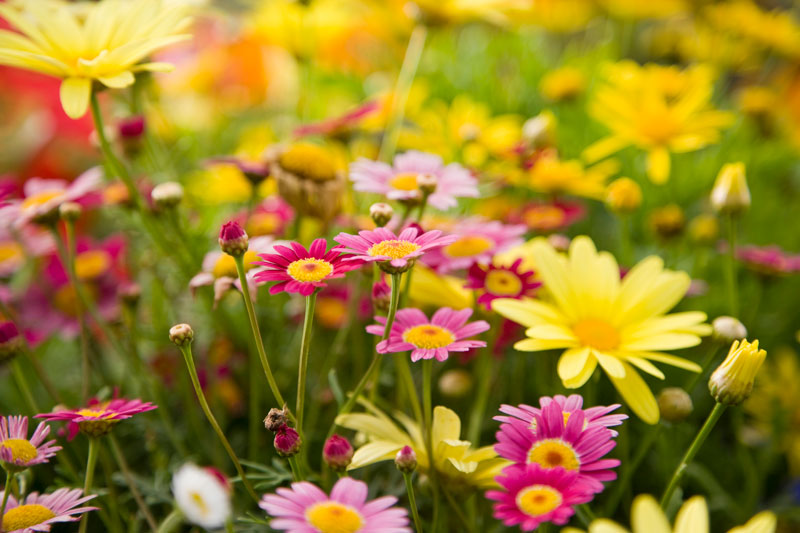 During the 1800s, Scotsman Richard Jameson discovered the first daisy species in South Africa - but they are believed to be over 4000 years old. Egyptians were rumoured to have cultivated daises in their ancient gardens, mainly for their medicinal and herbal properties.

English history tells the tale of daisies originally being referred to as “Day’s Eye." This is because of how they followed the sun's pattern by opening with the rising of the sun and closing when it set.

The phrase "fresh as a daisy" was created from this behavior, meaning that a person had had a good night's sleep. Due to this behavior, medieval doctors believed that daisies could cure eye ailments and stomach ulcers.

Norse mythology also describes daisies as being the sacred flower of the goddess of beauty, love, and fertility, Freya. Therefore, they have come to be a sign of motherhood and childbirth.

According to Celtic legend, daisies are a sign of innocence and purity. It was mostly because they believed that God sprinkled daisies over the earth to cheer up the grief-stricken parents anytime a child died.

Today, daisies have positive associations; among these are purity, beauty, innocence, and new beginnings.

Daisies are one of the most popular flowers in the world. When people think of daisies, they often imagine the classic white flower with a yellow center surrounded by long pure white petals; however, there are far more than just this kind alone. In fact, they come in many color variations from pink to red, to orange.

Daisies are characterized by a coloured center with about 15 to 30 ray flowers surrounding it. They typically grow to reach heights of 2 feet and have 3-4 inch flower stalks. Their stems are smooth without any leaves, supporting only one flower. The leaf's texture can either be hairy or smooth, with stalks typically more extended than the leaves.

Daisies do the best when planted in autumn or spring because they love sunlight, which gives them their best blooms. When planting, your soil should not be too fertile as this may cause vegetation to grow more than flowers. So keep the soil moderately fertile and make sure it has enough water. Watering should happen mainly during the summer; if there is little to no rainfall, as daises can naturally survive without water.

Remember that you may need to introduce support or staking mediums depending on the species you grow since some species may grow taller. Compost and mulch work in two ways: they control weeds and providing excellent fertilizer for your flowers.

Fortunately, daisies are more resistant to diseases and typically low maintenance compared to other flowers, which is great news for you! Some diseases and pests to look out for include leaf spots, aphids, earwigs, and slugs.

Looking to send flowers with gerbera daisies? Check out our full flower range. 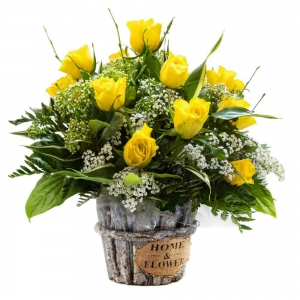