Why is Dahlia Mexico's National Flower? Can I order Dahlia with florists near me? 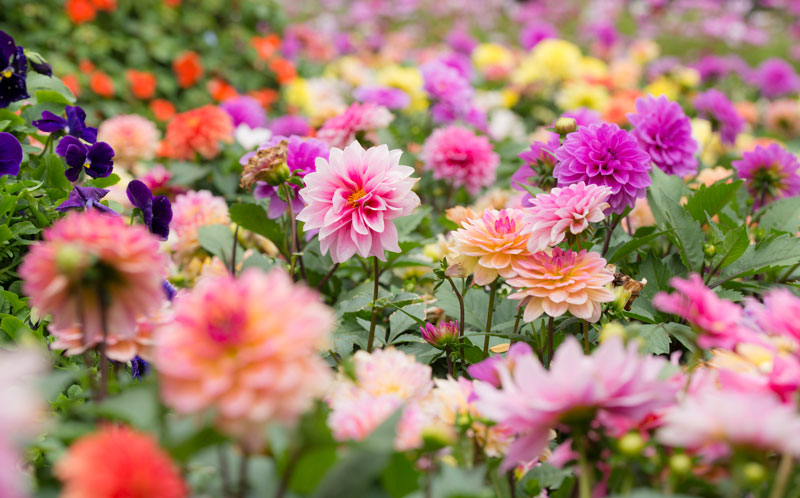 Dahlias are one of the most beloved and popular flowers in the world. Currently, there are 42 species of Dahlias recognized globally, including numerous sub-species. These include D. linearis, D.sublignosa, D.barkerae, D.coccinea, D.scapigera, and D.hintonii.

Besides the 42 species mentioned, there are also another 70 other species listed. This category is the largest group of flowers and consists of many taxa that are seldom grown anywhere else. D.coccinea, the parent of all hybridized dahlias, is very popular.

The dahlia’s native home can be traced to the mountains and hills of Mexico and Guatemala. Back in the 16th century, Spanish soldiers stumbled upon many species of dahlias while they were in the process of conquering the Indian nation of Aztec.

Fortunately, these soldiers had botanists accompanying them. Because of this, they were able to identify the plant that the Aztecs named “tree dahlia” or ‘water cane.’ This name was given because the plants naturally grew up to 20 feet and had hollow stems used for hauling water.

Dahlias were also used to store water used by traveling hunters. Fast forward 200 years later, in the 18th century, the dahlia tree finally appeared in Europe. Due to hybridization, they quickly spread across the continent from Spain to Western Europe. Throughout the 18th century and 19th century, there were thousands (about 50,000) of new varieties of dahlias developed from the original species in Mexico.

This flower, first discovered by the Aztec Indian soldiers, is now Mexico’s National Flower, and thankfully, many organizations are dedicated to its growth and advancement.

Since there are thousands of varieties of dahlias, their appearance varies based on their species. Typically, dahlia bloom sizes can range from 2 to 15 inches (which is as large as a dinner plate). Unlike their ancestors, which reached twenty feet, modern-day dahlias usually grow between 4 – 5 feet tall.

They have the colours of the rainbow, with compound flower colours ranging from white to red, all the way to purple and yellow. Their wild species have ray flowers and disks in their heads; although more ornamental types, including the common garden dahlia, have shortened ray flowers.

Dahlias do not like cold soil during the winter, so ensure that you plant at the beginning of summer or when the spring frost is gone. Remember, when planting, choose a spot in your garden that gets a lot of direct sunlight - dahlias typically bloom with 6 to 8 hours of direct sunlight. Do not overwater your dahlias because the tubers will rot.

If you want your dahlias to have a healthy bloom, you’ll need to get some fertilizer — not just any fertilizer, but low-nitrogen liquid fertilizer (typically used for vegetables). Again, do not over-fertilize. Fertilizing after they sprout, then continuing after 3 to 4 weeks from mid-summer, will help them grow strong.

Like all flowers, dahlias are vulnerable to pests and diseases. Some of the most common pests include aphids, mites, and powdery mildew. Therefore, make sure you protect these beautiful flowers by taking the necessary precautions.

Looking to send flowers with Dahlia? Check out our full flower range to see if they're available to order.

Direct2florist - a great way to find local florists you can order fresh Dahlia flowers online with.