How were Bluebells used during the war? Can I order Bluebells with florists near me? 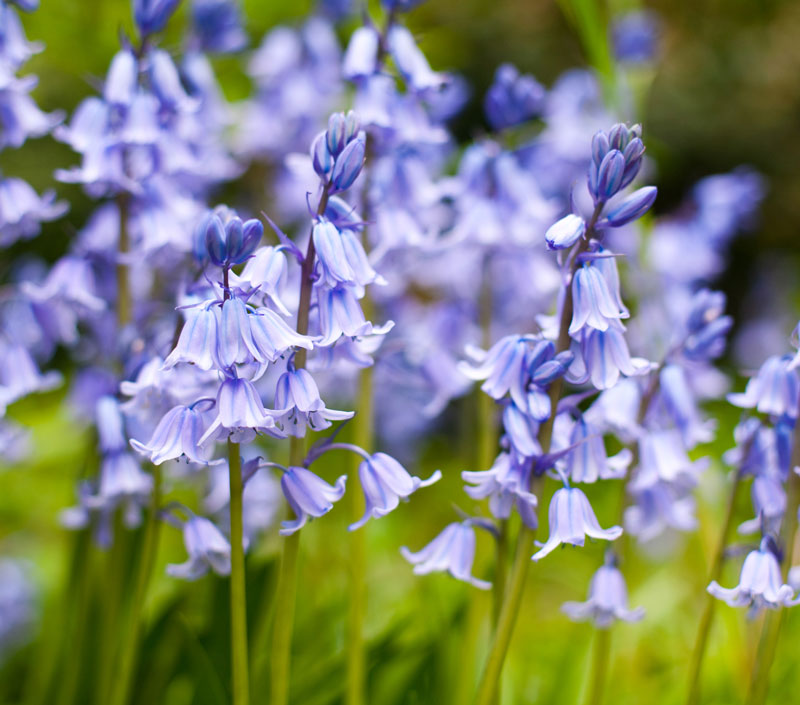 The bluebell has long been a symbol of everlasting love. As well as being a token of affection, it also had a much less sweet use - during war in the Middle Ages, the roots of the bluebell were made into glue and used to fix feathers onto arrows! Bluebells have since been dedicated to St George, the patron saint of England.

Carl Linnaeus, Who is well known as the ‘father of modern taxonomy’ gave the bluebell its name. The ‘Hyacinthoides non-scripta’ translates to unmarked hyacinth, which separates it from its ancestor in Greek mythology. In Greek mythology, the bluebell’s ancient cousin was a flower that sprang from the blood of the mythical beast Hyacinthus.

Bluebell bulbs produce roots that can contract – as they contract, the bulbs are drawn further down into layers of soil where there is more moisture. This allows them to get to a depth of up to 12 cm. These contracting roots give an explanation as to why bluebells are not present in thin soils (such as those in Southeast England) - the bulbs cannot burrow deep into them.

The bulbs of bluebells are narrow and reach only 25 mm wide. They are smooth and hairless and have pointed tips, while the flowers exhibit their well-known violet blue colour. Their namesake also comes from their bell shape; they grow six petals, with tips that turn upwards. Bluebells are sweet smelling and tend to droop on one side of their stem. The innards contain creamy coloured pollen. Despite their name, bluebells can also be pink or white, with up to 20 flowers on a single flower head.

Bluebells are long-lasting plants and can be found in the western areas of Europe, spanning from Northwest Spain all the way to Northwest Portugal. You’ll also find them in the British Islands and the Netherlands. As well as Europe, you can find bluebells in certain areas of North America, including the Pacific Northwest and the Great Lakes.

Bluebells begin to flower from the middle of April and continue all the way through till late May, although this is dependent on weather conditions. In a mild spring, bluebells will bloom early. In the wild, bluebells can be found growing on woodland floors.

As more and more colonies pop up, they can be found in fields, across hedgerows and even on the side of roads. You’ll find the most dense collections of bluebells in the British Isles, where bluebell woods are a common sight.

Bluebells do best in areas with partial shade, and shouldn’t be put in direct sunlight. They like moist, well-drained soil that doesn’t dry out. Putting them underneath shrubs or around trees is optimal - cool conditions will make their trademark blue colour more intense.

Looking to send flowers with Bluebells? Check out our full flower range to see our latest seasonal gift flowers

Direct2florist - a great way to find local florists you can order seasonal online.